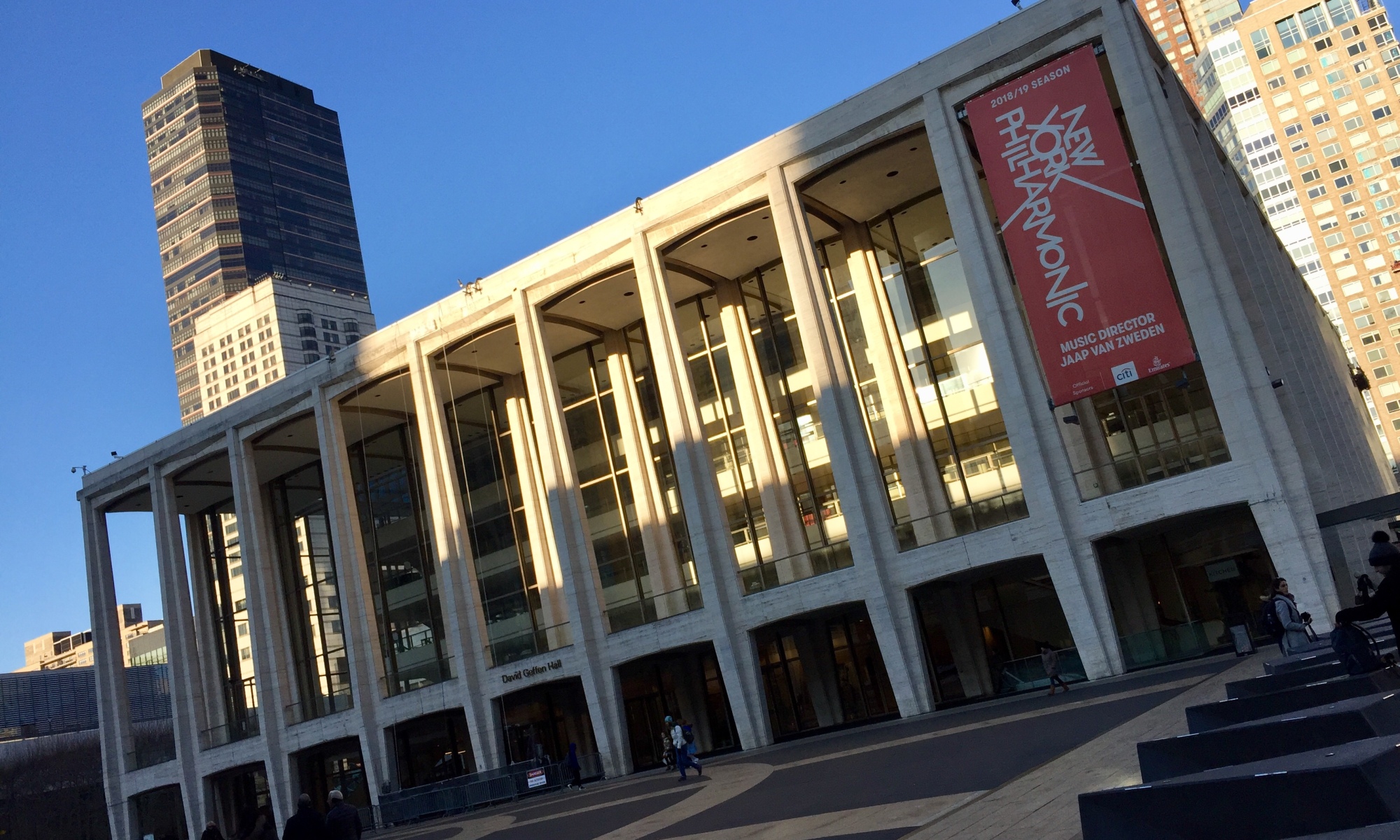 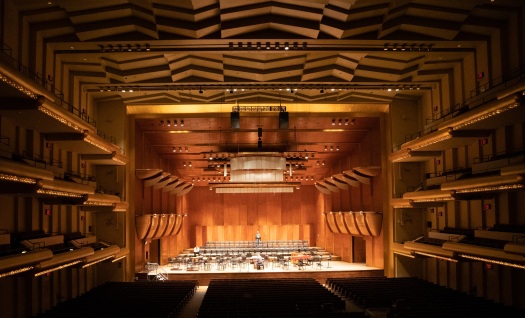 As a Rockettes alumnae, my holiday traditions are indelibly inked by Radio City Music Hall and Rockefeller Center: the Christmas Spectacular, and all the joyous holiday trimmings along Fifth Avenue’s department stores, the Christmas tree, and the skating rink.

On Manhattan’s Upper West Side, the New York Philharmonic’s been throwing its own holiday tradition with special programing devoted to Handel’s Messiah, a popular and beloved choral work.

The Baroque oratorio written by 18th century composer, G.F. Handel, is organized into three sections, inspired by Bible passages narrating Jesus’s birth, life, death, and Resurrection. A quartet of soloists sing arias and recitatives, and are joined by a chorus, like for its famous Hallelujah chorus.

Every conductor has a different idea of how it should be performed: lush and romantic or lean and profane. Chorus and orchestra sizes range from hundreds to dozens, tho the latter is the trend because smaller dynamics allow for “HIP versions” — Historically Informed Performances — which use period instruments (as opposed to modern) for an authentic “early music” sound. The aim is an intimate, pared-down oratorio with lean, clean strings and low vibrato.

World-over, the choral work has become standard holiday fare, as ubiquitous as Tchaikovsky/Balanchine’s Nutcracker. So what makes the one at NYPhil so special? Its star vocalist, the countertenor Anthony Roth Costanzo! 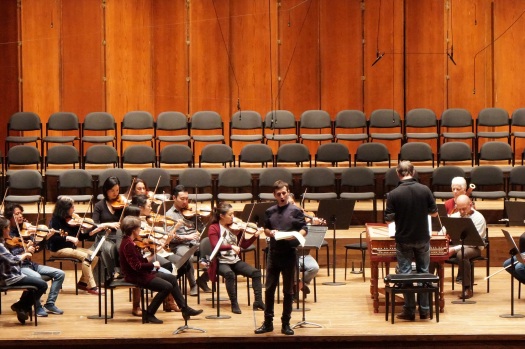 The young countertenor is shaking things up in a vocal fach that has deep, historical roots. As an early music cheerleader, he’s taking the oft-neglected genre and making it his own as a champion of new work, like his Glass/Handel album, which juxtaposes the two divergent composers, which even caught the attention of Calvin Klein’s creative mastermind, Raf Simons, who costumed a recent performance.

Costanzo’s countertenor voice naturally lends itself to the Baroque repertory and composers like Handel who wrote operas and other compositions for the famous “castrati” of the time, such as Caffarelli. At the opposite end of the timeline, we’ve got contemporary composers like Philip Glass whose work is complimentary to the countertenor voice. This Feb/March ’19, for example, Costanzo will sing the title role in Glass’s “Akhnaten” at London’s ENO. 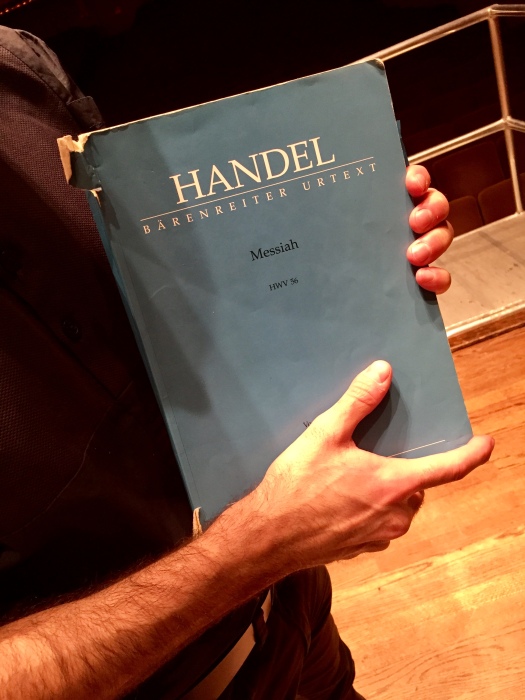 Here at David Geffen Hall with the NYPhil, Costanzo will sing the part that Handel traditionally wrote for a countertenor, but in this modern age, is often sung by a female mezzo-soprano who shares the same vocal range.

Confused? No need! I was too until I was invited by the NYPhil for an insider’s preview of the show where I watched a rehearsal, chatted with its key vocalists, and toured the on-site library!

During a rehearsal break, Costanzo spoke with us about the pyrotechnics of being a countertenor. He explained that while he was doing an opera at age 13, various colleagues suggested that he might be a countertenor, which is a male who sings in a slightly more developed operatic range, virtually the same modern-day phenomenon as singers like Prince and Michael Jackson, or, male singers who sing in a falsetto range.

He explained that he sings with only part of his vocal chords, and compared the technique to stretching rubber bands, like how they can be stretched to affect a higher register, which takes a lot of training. 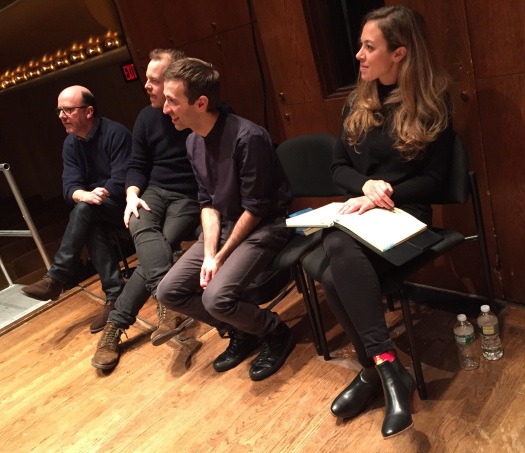 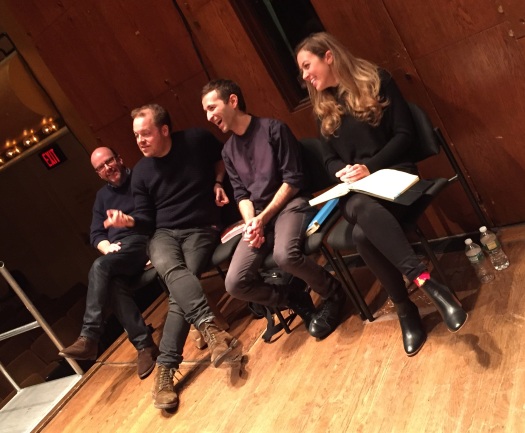 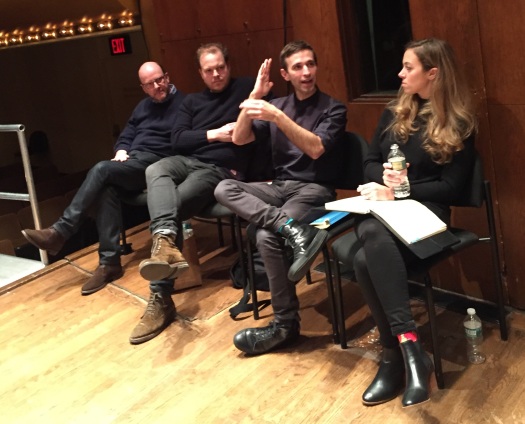 Founded in 1842, the New York Philharmonic is the oldest symphony orchestra in the United States. This past September, the music directorship was passed to its newest maestro, Jaap van Zweden (photo below from a collage outside his office hallway), the 26th in its illustrious history. The Dutch conductors joins ranks with former NYPhil maestros such as Lenny Bernstein (in the Sixties), Arturo Toscanini (in the Thirties), and that Romantic genius, Gustav Mahler!

The NYPhil is just one of Lincoln Center’s cultural entities, among artistic powerhouses such as The Juilliard School, the Metropolitan Opera, the New York City Ballet, and the School of American Ballet. 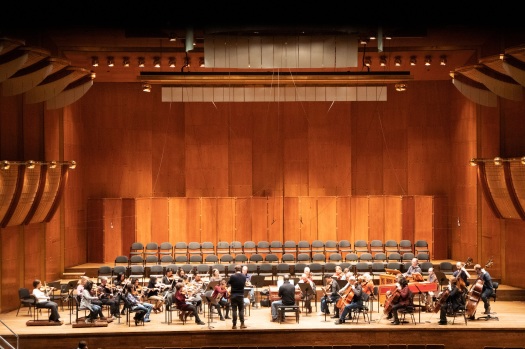 At yesterday’s rehearsals, the musicians took the stage in jeans and sweaters, a far cry from their formal performance gear. Period instruments such as timpani, organ, harpsichord, and some bigger strings with traditional “guts” lent a pure, clean sound.

The four vocal soloists sung their parts and then the conductor, who also played on a keyboard as he led the orchestra, made comments on the performance. The cool thing about a rehearsal was that the soloists sang to the orchestra, as opposed to the audience, so you saw the workmanship that went into a performance before it’s polished.

I also visited the on-site library, a charmingly low-tech, old-school room anchored by a large worktable where three tight-knit librarians assemble scores for conductors, artistic directors, musicians, and soloists on immediate projects, or even programming for years ahead. Right now, they’re working on Julia Wolfe’s “Fire in my Mouth” world premiere that rolls-out next month. 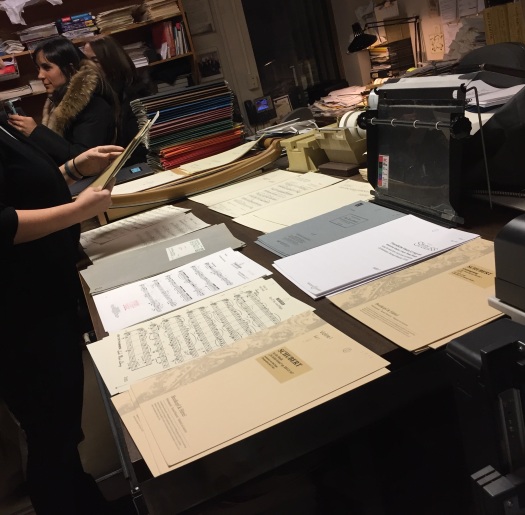 Themselves included, the org contracts 106 musicians. They’re all lifers and have performance degrees. Principal Librarian Lawrence “Larry” Tarlow plays the tuba and has been with the org for more than 30 years. 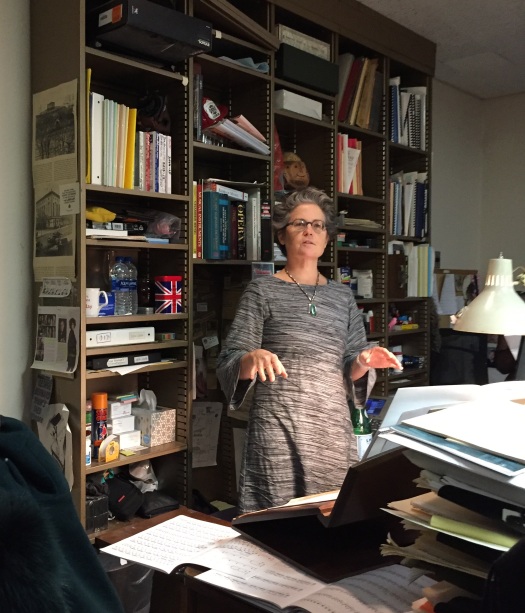 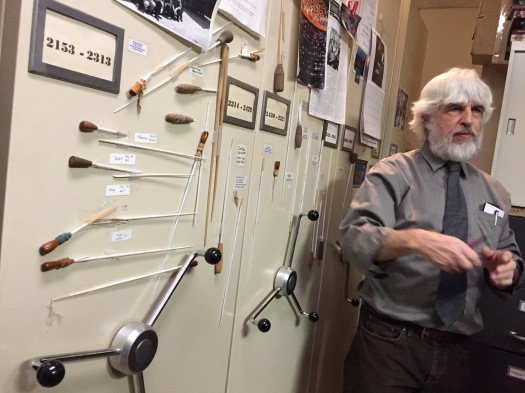 In the photo above, Larry showed us a cool collection of broken conductors’s batons that they tape to the archival shelves.

Handel’s choral masterpiece runs from tonight through Saturday, December 15, and makes a nice antidote to the holiday hustle and bustle! 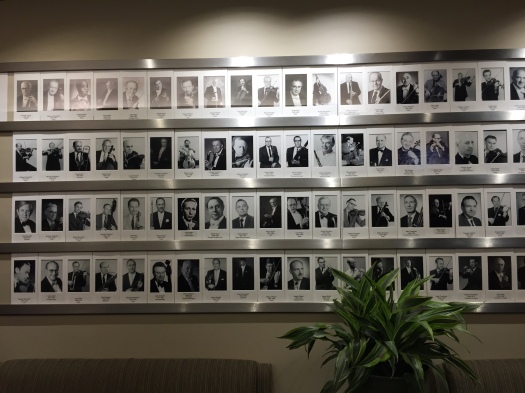 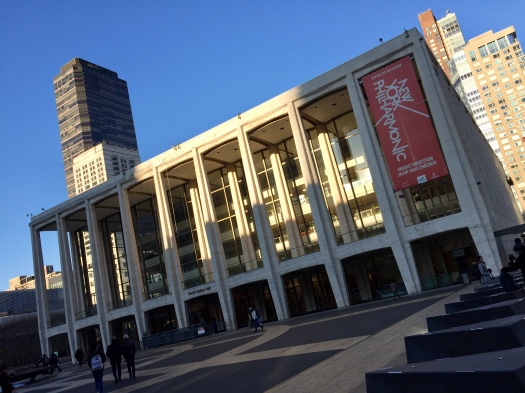